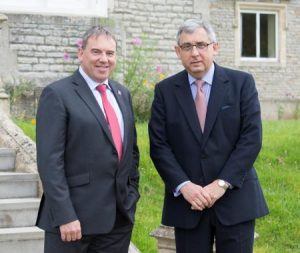 An influential South West business leader has called for government to change its policy regarding overseas students.

Professor Steve West, Vice Chancellor of the University of the West of England (UWE Bristol), has spoken out on his views about the importance of allowing international students to remain in the UK when they graduate.

Professor West comments: “This May, the country will go to the polls to elect a new parliament.

“If we believe the old saying that a week in politics is a long time, then five months should be an age.

“But it doesn’t feel that way. Key politicians are already rushing to make themselves heard and setting out proposals that they want to see in party manifestos.

“Over the holiday period, Home Secretary Theresa May delivered, if you like, one of the first shots in the campaign but her proposal appears to have been brought down by ‘friendly fire’ from colleagues in her own party.

“The Home Secretary had proposed reviving a pledge from the 2010 manifesto that anybody entering Britain on a student visa should be required to leave the country when they graduate and apply for a new visa from their home country if they wanted to work in the UK.

“Her policy measure was attacked from all sides in the higher education and research ecosystem – from universities, from research and from businesses chiefs including Sir James Dyson.

“Today we learn that the Chancellor of the Exchequer has apparently stepped in to quash the idea, fearing it would damage not only our universities but our economy.

Steve comments further:“We want politicians to go further and pledge to re-introduce the two-year post-study work visa allowing qualified international graduates to stay in the UK to work for a limited time.

“These international students would fill crucial skills gaps and help our economy to grow. And once they return home, they help build vital global links for the future.

“What Mrs May seems to overlook – which Mr Osborne, former Universities and Science Minister David Willetts and many others have grasped – is that higher education is now a global industry, and one, that currently, the UK has a significant stake in.

“We can guess why the Home Secretary has made this suggestion, not least that several senior Tories are holding fast to their 2010 pledge on cutting net migration to tens of thousands.

“This is despite new immigration policies to cut the flow – including a squeeze on international students.

“But what we should realise here is the number of overseas students has remained stable at 177,000.

“Even voters think that we should be removing students from the immigration statistics.”

Professor West was writing on the University Alliance blog, for which he is Chair.

The blog can be found here – http://www.unialliance.ac.uk/blog/2015/01/07/international-students-welcomed-here/

Get in touch Newsletter

Who are the top metaverse companies?

UK economy shrinks 0.1% in second quarter – is this as bad as it seems?